In the second episode about USMLE Step 1 recently changing from a three-digit score to a pass/fail system, Dr. Sahil Mehta is joined by Elias Farah. He is a St. George’s University student who is currently in the match process and one of MedSchoolCoach’s master tutors. The two talk about what the USMLE changes mean for international students (i.e., IMG students).

From the moment he arrived at his university, everything was about Step 1. Elias and his classmates were told that it would dictate their entire medical career, and from there they were very scared about it.

Elias foresees that the importance of Step 2 will increase as well as research. He can see students taking years off to do research to differentiate themselves.

For most Caribbean schools, you’ll want to have your Step 2 finished before your residency application is in. Not all residencies require it, but it boosts your chances.

Some companies might be sweating a little bit because if the goal is only to pass, it might not be worth spending money on resources. However, it is possible that the passing score will be raised.

Elias’ advice is to proceed as usual because even though the Step 1 material isn’t necessarily clinically relevant, it’s still the foundation of medicine. Put more focus on the school’s tests; you still have to learn.

As you’re doing your rotation, learn as much as you can. The people you’re with know what is likely to be tested on. Stay up to date and challenge yourself.

Don’t change a thing and study as hard as you can. Slacking off is only going to hurt you, and your three-digit score will still be very important. It’s the most important test of your life.

This small change is going to have ripple effects across the board that are already starting. 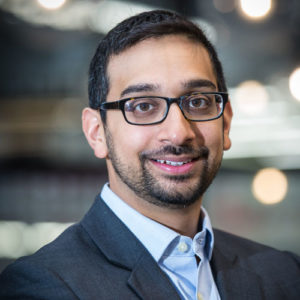 Sahil Mehta M.D. is an attending physician in the Department of Radiology at Beth Israel Deaconess Medical Center and the Founder of MedSchoolCoach. Dr Mehta is one of the world’s experts on medical school admissions having founded MedSchoolCoach in 2007. MedSchoolCoach provides admissions consulting to premedical students in the form of interview preparation, essay editing and general advising. In the past 10 years, he has had a hand in over a thousand acceptances to medical school.

Podcast 63: Letters of Recommendation for the PreMed Virtual Summit

From DJ to Doctor