Spencer Evans, a first-year medical student at the University of Colorado, is talking about an adjustment he has had to make in medical school. That is, getting used to the fact that you are unlikely to be the smartest among your peers.

It’s completely natural to feel like you’re surrounded by people who are smarter than you. Sometimes, that’s indeed the way it is. Remember in your pre-med classes how some students struggled, some did okay, and some people performed unbelievably well? If you’re going to med school, you’re likely in that last group and so are your classmates.

Before med school, you’ll likely never have been in a position where you weren’t superior academically. It can be a hard adjustment because you might feel inferior for the first time.

For example, Spencer says that it’s a waste of time for him to study with a group. You need to try several different learning strategies and then see how you perform on tests. Once Spencer figured out what was best for him, he began performing much better.

Spencer has found that it’s much more efficient to do practice questions individually. Also, think how much you are giving to your group versus taking in terms of value. You might have a poor ratio that can really emphasize how much time you are wasting with group study. Also remember that group study and hanging out should be kept separate.

While your classmates are going to be studs, you are 100% going to be a stud yourself. You wouldn’t have been offered a spot if the admissions committee didn’t know that you could handle the course load. Be your biggest fan.

It will make things a lot easier if you can watch your classmates and your own competitiveness through a lens of humor. It’s funny that you can be smart enough to end up in medical school, yet your thoughts mostly consist of how not smart you are! 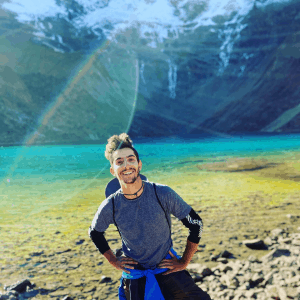 Pitching Yourself in an Interview Recap