As a follow up to his reflections on the medical school primary and secondary applications process, a medical student also shares his difficult but worthwhile experience with medical school interviews.

Read part 6 of the path to medical school.

Georgetown sent me my first interview invite on July 24th, 2012. It was a glorious and relieving moment because up until that point, I had this strange anxiety that I had done something horribly wrong on my application. Even though I was relatively confident that my application was free of most blatant errors, I couldn’t help but have that creeping doubt. Fortunately, this interview invite reassured me that I had done something right. I also felt good about the fact that the invite was so early in the cycle; I took it as a sign that Georgetown thought I was a strong applicant.

I saw the email about two hours after it was sent. As I was signing up an interview time, I realized that within that two-hour span, all of August was already booked. Medical school applicants don’t play around.

Nerves definitely played a role during this first interview. The combination of nervousness, three-hour time difference, and sleeping in a random medical student’s couch made it difficult for me to fall asleep the day before. The actual interview day was exhausting. Our interviews were in the afternoon while the day started at 8am. That meant that during breakfast, the introduction, the morning tour, and lunch, all of the interviewees were really thinking about the interview that was to come. I couldn’t eat much during lunch. I also knew that if I ate too much, I wouldn’t be able to focus during my interview. Afternoon interviews are the worst.

In the end of August, before my Georgetown interview, I received two more interview invites, one from Temple and the other from UCI. Because of this, I was confident that more interview invites would continue to slowly come in. Although I’m not going to fully describe my interviews at Temple and UCI, once again, I don’t think I necessarily “gelled” with my interviewers. Both Temple and UCI had the one student and one faculty interview format. Although most of the other interviewees at each school said that their interviews were relatively conversational, mine was not. It was pretty much a repeat of my Georgetown interview, which made me slightly apprehensive.

October 15 is a very important date. It is the first day that schools can respond to interviewed applicants. I knew Georgetown’s response was coming in that day so I was super excited. During the interview, they said that at least early in the cycle (this applied to me), most students either get accepted or waitlisted. Almost nobody gets rejected. So I reassured myself, “at worst, it’s a waitlist.” I opened my Georgetown application status. “We regret to inform you…” I took it hard because I was expecting, at worst, a waitlist notification. I immediately started to think of what I did wrong. They rejected me post interview, so I assumed I must’ve done a terrible job during the interview (even though I thought I had done well). I replayed the interview over and over again in my head. Looking back, I realized that I had done a poor job in communicating why I wanted to be a doctor. I also wasn’t able to articulate why Georgetown was the right school for me. I was shaken because that probably meant that I did not do well during my Temple and UCI interviews. So many different thoughts raced through my head. “Did I say something different at Temple?” “How did I respond to the ‘why do you want to be a doctor’ question at UCI?” Needless to say, it was a stressful time and I hadn’t even heard back from Temple and UCI yet.

At this point, I want to stop and say that I think these doubts, fears, and anxieties are all natural parts of the interview process. Everyone second-guesses his or her interviews at some point. There may be some interviews where you thought you did extremely well. But it is only followed by a rejection. Accept these situations and use them as something positive, not simply a reason to sulk and beat yourself up. Later in the month of October, I was waitlisted at Temple on the 24th and UCI on the 31st. My confidence was plummeting. I was hoping to secure an acceptance as soon as possible. These waitlists meant that I had to wait. It pretty much felt like a rejection. I hated it. These were the schools where I was supposed to be a “competitive” applicant at least number wise. What was going to happen at the higher ranked schools? Is something wrong with my interview skills?

At this point, I realized that I needed to completely re-evaluate how I interviewed. I concluded that I did not prepare very well for the other interviews. In the back of my mind, I didn’t really feel like I believed in the answers I was giving. Why do I want to be a doctor? I had a hard time even convincing myself. So I found common interview questions and I started writing down answers to all of them. I especially focused on why do I want to be a doctor, what makes me unique (or why should the school choose me), and what are my strengths and weaknesses. I did my best to turn bad news into something positive. I knew I had a couple more chances because I had received invites from University of Illinois and Northwestern; I didn’t want to make the same mistakes.

In the next article, I’ll wrap up my path to medical school series. But before I end this article, I wanted to communicate one simple message for the interview process. Don’t panic. The application process is incredibly unpredictable. There really is no such thing as a safety school unless you’re a spectacular applicant, which most of us aren’t. The interviewers you get are random as well. Some are better advocates than others. You may not click with some of your interviewers. So much is out of your control that there really isn’t any point in worrying. You must learn from your mistakes and be optimistic. Getting rejected from medical school is not the end of the world. Better yet, rejection may be happening for a reason. I have one friend who had applied one year earlier, was waitlisted at a couple of low to mid tier schools and eventually did not get accepted into a single school. The following year (the year I applied), she was accepted to UCLA. Please have a long-term perspective. It’s only natural to worry, stress, and doubt. But don’t dwell in it. Don’t panic and move on because you have the power to do so. 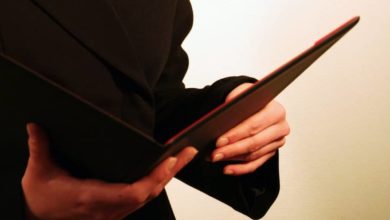 What To Wear To Med School Interviews: Women 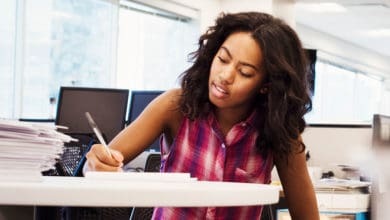 The Art of Authoring Creative (But Not Weird) Personal Statements 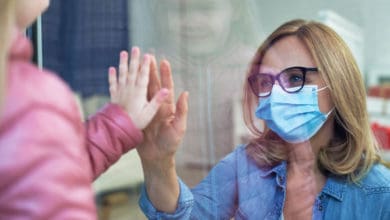 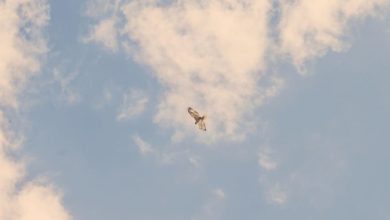