To prepare for and maintain their diverse functions in the body, cells undergo the cell cycle, a highly regulated process of growth and division. It has multiple phases with their own ways of regulation to prevent mutations and damage to the cell and its components. 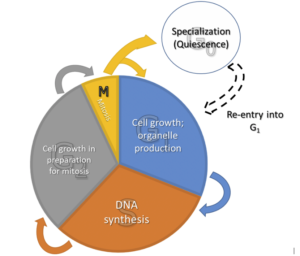 As illustrated in Figure 1, the cell cycle has these main phases: G1, S, G2, and M. Collectively, the first three are called the interphase, while M is mitosis or cell division. This is when the cell grows, undergoes a range of metabolic processes, and makes copies of cellular components in anticipation of cell division. Cells that no longer divide and are committed to a certain function enter G0 (quiescence). The phases of the cell cycle are discussed in the following sections.

This first phase of the cell cycle is the period of time wherein cells make more copies of organelles and other cellular components. At a certain point, cells in this stage may either move on to the S (DNA synthesis) phase or, as in neurons and red blood cells, move into the G0 phase to commit to a specific function.

While in G1 multiple copies of the organelles are produced, the S phase is when the cell replicates DNA so that daughter cells arising from mitosis will have exact copies of the DNA. Other major steps in this phase are the duplication of centrosomes (which organize the microtubules for mitotic division) and the synthesis of histones which are proteins where DNA is wound around to fit a cell. The resulting DNA-histone complex is called chromatin.

Radioactive labeling studies by Baserga and Wiebel (1969) revealed that there is a period of time between the end of DNA synthesis and the start of cell division. This is G2, where cell volume has doubled due to intensive metabolism and growth. Cells at this stage are ready for mitosis.

After engaging in metabolic processes, growth, and DNA replication, the cell is now ready for mitosis. This is the process of division in somatic cells (body cells, as opposed to gametes) which produces two daughter cells with the same components. Mitosis has four main stages: prophase, metaphase, anaphase, and telophase.

Regulation of the Cell Cycle

Considering the complexity of the cell cycle, it is imperative that there are ways to check for errors, lest these give rise to unwanted mutations that may have deleterious effects. To prevent these errors, the cell cycle has checkpoints and regulators between phases and during mitosis.

Some defective cells and genetic material may still fall through the cracks of the complex regulatory molecules and checkpoints of the cell cycle. These give rise to mutations, some of which cause cancer.

In the G1/S checkpoint, p53 is called a tumor suppressor protein. This is because when there is DNA damage, p53 accumulates to generate a signal to either repair the DNA or kill the cell. However, mutations in the gene encoding for p53 itself have been recorded in multiple types of cancer at varying degrees. These mutations disable the cell’s ability to encode p53 in its correct form and as such will be unusable in its original function. In this case, the “suppressor” was “suppressed”, enabling the expression of genes that cause cancer (oncogenes).

Please email me if you have any comments or concerns: [email protected] 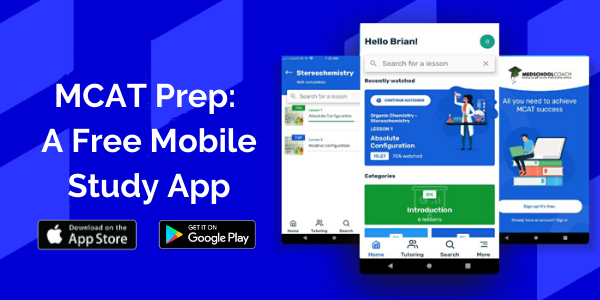 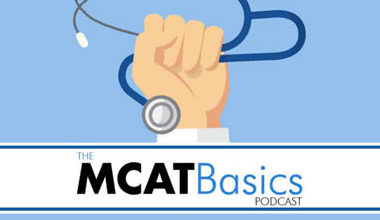