You are standing naked in front of an auditorium of people wondering how you got there – you jolt awake, sweating, breathing hard – so relieved. But what if you did not wake up. What if you found yourself in front of 100 medical students, belly exposed, while your oncologist pointed out the damage that cancer had wreaked on your spine?

Several weeks ago, we learned about a “classical presentation” of multiple myeloma from a patient generous enough to share his story. A formal lecture on this disease, in which cancerous white blood cells accumulate in the bone marrow causing bones to break with little provocation, preceded the patient’s ten-minute talk about his experience with cancer. The lecture covered the details of multiple myeloma’s cellular and subcellular features, the “natural history” (how the disease progresses without treatment), and therapeutic strategies. In other words, we had a strong foundational understanding of the disease by the time the patient stood up to speak.

Mr. G is in his mid-sixties, but looks at least ten years younger. He has salt-and-pepper hair and a well-groomed beard. He wore a green polo and khaki shorts. As he began talking he reached into his pocket for a folded-up note he had written to “keep his story straight.” Looking up from the page, he mentioned that he had come alone because telling his story in the presence of his wife would bring him to tears – he did not want to cry in an auditorium full of students.

Like many people with multiple myeloma, Mr. G suffered broken ribs and multiple compression fractures (meaning that his vertebrae were being crushed by gravity) before his cancer was diagnosed. These fractures affected his posture and strength. When your bones break under the weight of your own body, it is difficult to do activities that build and maintain muscle. For a man who had led an incredibly active life, running a double-digit number of marathons, this disease prevented him from even washing dishes during a period after back surgery when he was confined to a wheelchair.

Just after Mr. G had described the corrective surgery to realign his lower back, his oncologist – our lecturer – lifted his polo without warning. Since Mr. G was facing us, his white belly was squarely exposed. The oncologist reoriented his patient into a profile view and pointed out the lingering kyphosis, or curvature of the back. “Stand up straight,” the doctor instructed. “You have a little bit of a kyphosis here (upper back) and a little bit of one here (middle back)… compared to most it’s pretty good.” Our lecturer let go of the polo and the shirt’s hem fell awkwardly down as the patient straightened it and continued his story.

His telling was upbeat and forward-looking. At the insistence of his doctor, he mentioned his 32 rounds of chemotherapy, but preferred to tell us about the physical therapy, which has taught him to stand up straight and “do things that old people can’t do.” He even demonstrated several exercises for us. “Where your mind goes, your body follows,” he offered. He concluded by telling us that that in 2011 he thought he would “meet his maker” and today he is the best salesman at his company and that things could not be better.

The patient’s story and outlook were inspiring. He was effusive and warm. The lecturer’s cold clinical appraisal was a sharp contrast to this demeanor. I left the lecture feeling uneasy. The patient had offered himself up to us, standing emotionally naked before the class. He was there to supplement the technical details of the lecture with the human side of the disease. It did not feel right to me that he should also have been physically stripped down.

There is no question that our lecturer, Mr. G’s oncologist, had saved this man’s life. It seems that the two of them are on good terms – Mr. G had, after all, agreed to speak to our class. And if he was fazed by being briefly exposed, he made no indication of it. Even still, I was bothered. Here was a man who was proud to have gotten his disease under control and built the strength to stand up straight despite the vertebrae that had imploded under their own weight. And here was his doctor, lifting up his shirt to point out that his back was not, in fact, straight.

To generalize about physicians, and particularly physician-scientists, it is a group continually pursuing truth. Physicians do not trust therapies until they have been extensively studied and proven effective in large clinical trials and written about in peer-reviewed medical journals. All statements of fact are subject to scrutiny and analysis. Pursuit of truth drives scientific discovery and pushes medicine forward. Was it this need to uphold truth that drove our professor to point out the inaccuracy in the patient’s story with objective physical evidence? Was it for our benefit – to see that the skeletal damage of multiple myeloma does not simply go away with surgery?

Our professor is an excellent teacher – he broke down the incredible complexities of hematologic oncology in lectures and reinforced our understanding with clinical scenario labs and patient stories. He is a respected researcher and clinician. In so many ways, he is aspirational, but in a single moment in a single lecture he failed to exemplify the humanism and respect for his patient that I consider central to medicine. I believe that his urge to teach overrode his duty to show his patient compassion.

It is difficult to recognize when it is appropriate to teach and when it is better to simply listen. If, as future physicians we are constantly seeking truth, we run the risk of getting so distracted by inaccuracy that we fail to truly hear and respond to our patients. We all regularly face this tradeoff between truth and compassion: A friend embellishes a story in a retelling in front of other friends; a colleague takes credit for some of your work in a meeting; a patient overstates his progress in an auditorium full of students. Do you say something – rectify the untruth? Or do you suppress the urge out of compassion for your friend, your colleague, your patient? As a future physician I draw on the line on the side of compassion far before exposing the truth ever means exposing my patient.

||Read Self Disclosure in Medicine|| 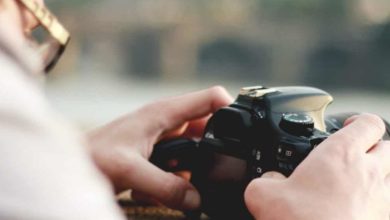 Connect With the Patient Behind the Disease

Reflections on the First Year of Medical School 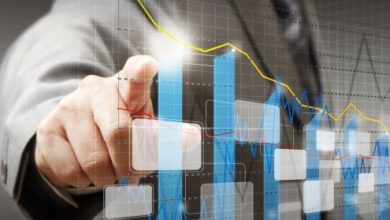 Why Get an MBA During Medical School? 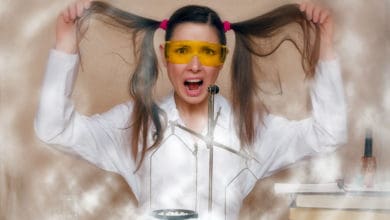 NBME Just Made the USMLE Step 1 Pass/Fail! What Does this Mean for Medical Students?