Dr. Jack Singer shares a parent’s perspective on his daughter’s medical school application process, which was not successful until the third attempt. His daughter, Emily Singer, is a member of ProspectiveDoctor’s core team and a frequent contributor to ProspectiveDoctor.

After graduating Stanford with majors in economics and Slavic studies and working initially at a medical epidemiology consulting company and then as a chemist and regulatory affairs officer at commercial startup that marketed biologically derived anti-bacterial products, Emily made the decision to apply to medical school. She scored in the top 6% on her MCATs, despite not having taken some of the standard pre-med courses. She applied to a highly competitive MD/PhD program in economics at the University of Chicago and was waitlisted. Surprisingly, she failed to get other interviews on her first try, even at second-tier schools. She was accepted to the economics PhD program at the University of Washington, but chose to try again for admission to medical school. She was interviewed at several top tier schools on the second attempt but again was waitlisted. She was accepted at UCLA on the third go round, but again there was a surprising lack of interest from lesser programs and no apparent interest from the University of Washington, where my wife and I are on faculty.

My wife and I have had highly successful academic medicine careers. We are both Professors of Medical Oncology at the University of Washington and feel that medicine was the correct choice for us, despite the many painful changes it has undergone during our careers that have increased the difficulty of defining a personally fulfilling pathway in the profession. Although I believed Emily could become a superb physician, her background and abilities allowed for many attractive choices for a career outside of medicine. Emily did several things that assured me she would be an excellent physician and investigator during her pre-medical school career. While studying abroad in Russia, she conducted a study of the health impact of the effect of suddenly decreasing the availability of vodka and demonstrated from public health records that it had an almost immediate impact on mortality. While in Russia, she also developed a supportive and caring relationship with a young girl awaiting a scarce kidney transplant. After graduation, she participated in the safety analysis for the FDA that lead to Avandia withdrawal from the market. Each of these demonstrated the qualities important to physicians: caring, curiosity, and a scientific approach to important questions.

We had numerous discussions regarding the increasingly important role of economics and health care policy on the medical profession and alternate pathways for making important contributions other than training as an MD. As time went on, Emily made the decision that without clinical qualifications and understanding patient care, she would always be limited if she chose such a career without obtaining the MD first. My initial skepticism was related to the long and arduous path she had chosen and increasing dissatisfaction of physicians with changes in the practice of medicine dictated by forces out of their control. My approach to providing guidance to my children and has been to let them make their own decisions and when appropriate to challenge them but not to try to contravene them. Once I was convinced that medicine was Emily’s calling, I became very supportive and was blown away by her difficulties in obtaining admission.

Having your child follow your career path, in my case nearly 50 years after I entered medical school, made me revisit why I chose medicine and what the application process was like in comparison to the present. I still do not know what prompted me to change to premed in my junior year and apply to medical school. My exposure to medicine was limited to an old-school family GP (general practitioner), and I entered school with vague thoughts of becoming an analytic psychiatrist, something for which I am totally unsuited. I had done moderately well in an Ivy League college and had obtained a broad education avoiding all but one premed course. I had been a physics major and took organic chemistry over a summer to meet the minimal requirements, and only had to take a bizarre and very competitive comparative zoology course to qualify as a premed. I applied to about 12 schools, got into six second-tier institutions, and chose Downstate SUNY because it was essentially free with my NY State Regents scholarship. This program was solely based on MCAT scores and required attending a school in NY State. This is strikingly different than the process applicants today go through.

Given this background, it was a rude awakening when I realized what the process for medical admission had become as Emily went through it on three occasions. The first year she applied, I was almost sure she would get in to at least a second-tier school. I could not believe it when she was waitlisted at the University of Chicago, one of my Alma Maters, and did not even get interviewed elsewhere. This was our daughter who had been through a highly competitive private high school, had her choice of high profile colleges, did well a Stanford, had stellar MCAT scores, interviewed well, was very personable, and was a product of two academically well-known physicians. We realized fairly early on that any attempt on our part to influence the admissions process through our colleagues would not work but might even hurt her chances. Having two parents on the medical school faculty did not seem to help at the University of Washington, whose admissions committee  deigned to invite Emily for an interview during any of her attempts at admission. With absolute certainty, I feel I would have had no chance at admission in today’s environment given my somewhat mediocre college record. The same is true of many of my successful colleagues.

In retrospect, Emily did not demonstrate her desire to be a physician in her applications with sufficient intensity the first year. She applied somewhat late, had not taken optimal science courses to be competitive, and I suspect the schools sensed a lack of commitment in her applications. I also sensed some ambivalence on Emily’s part about whether this was the right path for her given many other easier and more lucrative opportunities available to her. Sensing that lack of total commitment, although disappointed at her not being accepted, I did not feel as badly as I did when she was not accepted during her second admissions attempt. For her third and successful round, she had taken and done well in upper division biology courses at UC Berkeley, had worked with academic mentors, driven up her MCAT scores even further, wrote a superb personal statement, and was accepted at a prestigious school that had not even interviewed her previously. She also developed a real interest in medical science and the caring aspects of medicine that I had not seen previously. This was the year she fully convinced me that she should become a physician and would become a real contributor to medical science.

Looking back on the process from a parent’s perspective, I feel that nothing we could have done differently would have had an influence on the process. The drive to become a physician and to make whatever sacrifices are necessary needs to be an internal one. Perhaps, as a parent, it may be useful to stand back and ask yourself, is this really what my child wants to do with their life? Are they really willing to go into debt, take on 6-8 years of onerous training, and sacrifice of personal time that it takes to become a physician? If the answer is affirmative, then the only advice I can offer is to be supportive as a child takes on this highly challenging process, of which the application is only the beginning.

The trials and tribulations of this process definitively ended at the White Coat Investiture ceremony on a beautiful day in LA. This was a very emotional event for Emily and our family and symbolized a major life transition. Emily was now entering the ancient “priesthood” of Medicine and would soon be not only our child, but also a colleague. There are still many choices to make and competitive hurdles to jump and I look forward to providing whatever support, advice, or assistance Emily needs in deciding on her own career pathway.

Dr. Jack Singer is a founder of CTI BioPharma and currently serves as the Company’s Executive Vice President, Global Medical Affairs and Translational Medicine. Prior to joining CTI, Dr. Singer was Professor of Medicine at the University of Washington and full Member of the Fred Hutchinson Cancer Research Center. From 1975 to 1992, he was the Chief of Medical Oncology at the Veterans Administration Medical Center in Seattle. Dr. Singer received his M.D. from State University of New York, Downstate Medical College. 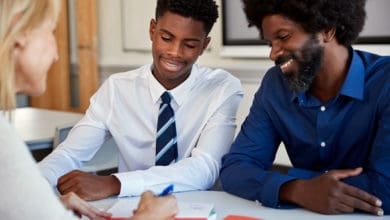 How to Approach BS/MD Admissions During COVID-19 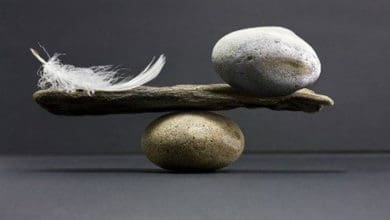 Humility and Its Role in Medicine 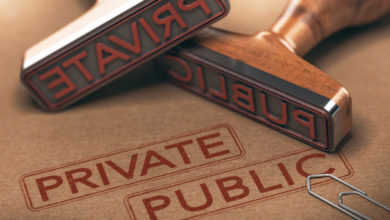 Private vs Public School as a Pre-Med 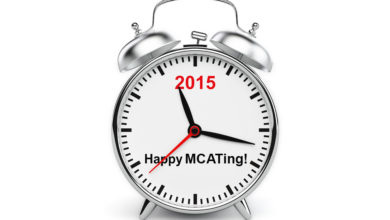