MedSchoolCoach MCAT expert, Ken Tao, checks in with a daily briefing on how COVID-19 is impacting students preparing for the MCAT, and answers key questions on your mind.

Hey everyone. Today is Wednesday, March 18th. As you know, we’re all in quite a bit of a situation with COVID-19. Large events and conferences have been canceled and gatherings of five, ten, twenty five people have also been prohibited and so many other things have shut down. For many of you who are students you’ve likely been affected as well. Many universities have sent students home in transition over to online learning for the remainder of classes. So this is affecting basically everyone across the country.

Now, of course, this also means that for those of you who are looking to take MCAT this spring, you’re probably being affected as well, especially those of you with March or April test dates. It’s a fact, as you know by now, that the March test dates have all been canceled and that early April test states have been canceled as well. And I know many of you are looking for answers to questions. And the unfortunate news is there’s no clear answers right now and simply because the situation is changing so rapidly.

And I just want to start first by giving you a bit of background information on what’s happened in the past week just to give you an idea of how quickly things are changing. So last week, the AAMC announced that students would be able to reschedule their test dates for free and this applied to any students with March or April testing. So suggesting that the AAMC was aware that March or April test dates were going to be impacted in some way by COVID-19.

And on this past Saturday, March 14th, there were about six counties in Pennsylvania where the MCAT was canceled. And the next day on Sunday, a handful of states actually had the number of seats reduced for the MCAT. And Pearson said that this was to follow the six feet social distancing rule. So for these states, every other seat at the testing center was going to be left open. And so that way students would be at least six feet apart.

When this was posted on Sunday, a lot of students were panicking because Pearson said they were going to start e-mailing students over the week, letting students know if their test date was going to get canceled. They were one of those unlucky students. But as it turns out, on Monday, they went ahead and just canceled all test dates for a month. So right now, Pearson is shut down through April 16. So any of you with MCAT test days before April 16th obviously have been notified that your tests have been canceled and perhaps even worse, their have been students in the past couple of days, so yesterday and even today, who have been trying to sign up for late April, May, June and even July test states, and I think many students have been able to sign up for these test dates, but some students have reported that they’ve signed up for late April, May or June test dates and they’ve already received e-mail notifications that their exams have been canceled.

So you can clearly see that a lot is up in the air right now. We don’t really know what’s going to happen. And to be honest, the best that you can do as students right now is just be patient, wait for more information.

Now, the AAMC is not completely oblivious to the situation. And the same is true for medical schools. They all know this is going on. So they’re going to take action of some sort. And this is not the only time that MCAT test states have been canceled before. They had been canceled before for other events, other occurrences. And in those cases, what the AAMC went ahead and did was they added additional MCAT test states. So that’s something that’s certainly a possibility. That AAMC hasn’t officially announced any test dates, but I think there’s a very good chance that this is going to happen once things start to calm down.

That’s sort of the major question right now. And we know that test dates are going to be canceled through April 16th, but it’s really going to depend on what the situation looks like in a few weeks.

Now, if there’s any silver lining to all of the things that are going on right now, it’s that most pre-medical students are now going to have more time to prepare for the MCAT. And that’s not a bad thing. Right.

Having more time to study to do better on the MCAT is never a bad thing because now you can aim for a higher MCAT score. And that’s only going to help improve your application. So what we recommend for students to do with this extra time is to do additional contraview and more practice questions.

You definitely need to make sure you complete all the AAMC practice questions because they are so valuable for students preparing for the MCAT. Now, I know that some of you who are planning on taking MCAT in March or early April may have already started doing some of those AAMC questions. If you have, you need to immediately stop doing any more AAMC questions. And again, that’s just because these resources are so valuable. You really have to save them for the end of your MCAT studies. So they should be done as close to your testing as possible. So if you’ve started them, take a break, hold off on doing any more AAMC questions, and do other third-party practice questions. And then once you have a new test date set, you can go back to complete the AAMC questions.

So the idea is you have more time, take advantage of this, study harder and get a better MCAT score than you might have been able to get with your original test date.

And of course, make sure that you’re staying safe. The CDC has, of course, released a lot of guidelines. Try to make sure that you’re doing everything that you can to stay healthy. And remember, this is not a situation that is just affecting you. But this is affecting all pre-medical students. And there are tens of thousands of pre-medical students that are planning on taking the MCAT this spring and they’re all being impacted by this issue. And all of you are going to be able to get over it.

So this is not a problem that’s going to ruin everything. All of you are going to be able to get over this issue. It’s just a matter of how much time it’s going to take. And again, things are going to change, but we’re going to try to do what we can to keep you updated on any new information that we find out. 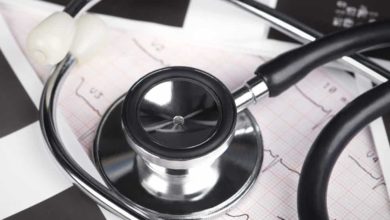 How to Study for the MCAT 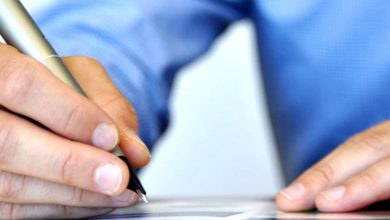 Should I Void My MCAT?

MCAT Tutoring: Is It Worth It?